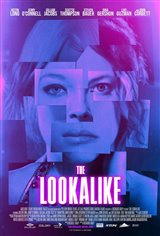 Holt Mulligan (Justin Long) is in trouble. He owes $100,000 and if he doesn't pay up, his life is in danger. He goes to his friend Joe (Jerry O’Connell), who turns to mobster Bobby (John Corbett) for the money. When Sadie Hill, a woman whom drug lord William Spinks (John Savage) has a curious obsession with, is killed by a falling chandelier, it jeopardizes a major deal.

Bobby offers Joe $300,000 to find a replacement – a lookalike – to fool Spinks. Joe decides to groom Holt's girlfriend Lacey (Gillian Jacobs), an aspiring actress, to be Sadie's lookalike, but Holt doesn't like the idea and although Lacey agrees, she doesn't fully understand what she's in for.