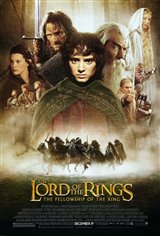 The Lord of the Rings Trilogy was remastered by Peter Jackson in stunning 4K for a cohesive look and feel for the Middle-earth Saga. Revisit this epic adventure and breathtaking landscapes like you’ve never seen them before.

In the first part of J.R.R. Tolkien's epic masterpiece, The Lord of the Rings, a shy young hobbit named Frodo Baggins inherits a simple gold ring. He knows the ring has power, but not that he alone holds the secret to the survival--or enslavement--of the entire world. Now Frodo, accompanied by a wizard, an elf, a dwarf, two men and three loyal hobbit friends, must become the greatest hero the world has ever known to save the land and the people he loves.