The Lord of the Rings Trilogy 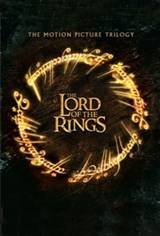 On Trilogy Tuesday, December 16th, New Line Cinema presents an unprecedented marathon of back-to-back presentations of the Extended Editions of the first two films in Peter Jackson's The Lord of the Rings trilogy - The Fellowship of the Ring and The Two Towers -- followed by a special early screening of The Return of the King.

Don't miss this exclusive opportunity to see the Extended Editions in theatres while experiencing the trilogy in a once-in-a-lifetime back-to-back marathon the night before the official opening of the final film, The Lord of the Rings: The Return of the King.