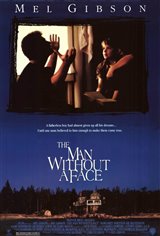 Justin McLeod (Mel Gibson) is a former teacher who lives as a recluse on a remote peninsula on the edge of town. His face is disfigured from an automobile accident and fire 10 years earlier, for which he was convicted of involuntary manslaughter and sentenced to three years in prison because the student who was in the car with him was killed.

Chuck Norstadt (Nick Stahl) is a kid who's tired of being considered stupid by his mother and younger sister. He approaches McLeod, hoping the man will tutor him so he can pass a military academy entrance exam. McLeod refuses at first, but Chuck persists and begins to learn from him, despite McLeod's unorthodox teaching methods. However, the townspeople, who assume McLeod is a pedophile because he had a male student in the car with him at the time of the accident, are still suspicious and hostile towards him.