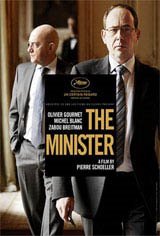 When Transport Minister Bertrand Saint-Jean is dispatched to the scene of a catastrophic bus accident, the ambitious politician weighs every word he addresses to the media in order to squeeze the most sympathy from the tragedy. Assisted by his publicist Pauline, Saint-Jean must negotiate the treacherous power plays of his fellow politicians while trying to stay true to his principles when he learns the government is considering privatizing the rail industry, something he fiercely opposed. Adapting his public persona to suit each new occasion as it arises, Saint-Jean struggles to maintain his credibility in the eyes of the voters.