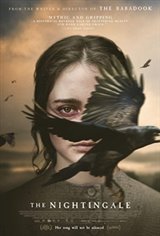 In 1825 Tasmania, Clare (Aisling Franciosi), a 21-year-old Irish convict, has just finished serving a seven-year sentence in the island's penal colony for a petty crime she committed as a young teenager. However, a British army officer named Hawkins (Sam Claflin) refuses to sign her release papers and rapes her when she asks for her freedom.

When Clare's husband Aidan (Michael Sheasby), a fellow convict whom she married while incarcerated, makes a plea for her freedom, Hawkins murders both Aidan and their baby, before leaving for the distant town of Launceston, where he's up for a promotion. Clare hires Aboriginal tracker Billy (Baykali Ganambarr) to take her through the wilderness of the Tasmanian jungle to seek revenge on the man who murdered her family.