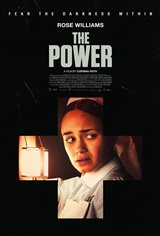 London, 1974. As Britain prepares for electrical blackouts to sweep across the country, trainee nurse Val (Rose Williams) arrives for her first day at the crumbling East London Royal Infirmary. With most of the patients and staff evacuated to another hospital, the Matron (Diveen Henry) tasks Val with the night shift in the empty building.

Accompanied by only a few patients and some odd staff members, Val begins to experience paranormal activity, as she smells something burning through the vents and is chased down into the basement by an evil presence. As the night goes on, Val and everyone left in the infirmary become victims to the horrors brought upon by a malevolent power that's following Val.