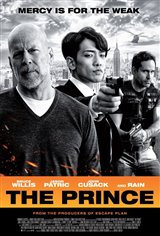 After Paul’s daughter Beth is kidnapped, Paul is forced to abandon his cover of being a mechanic and return to the crime world he had long ago retired from. After twenty years, Paul returns to Las Vegas alongside his friend Sam in order to rescue his daughter from his old rival Omar who holds a grudge against Paul.