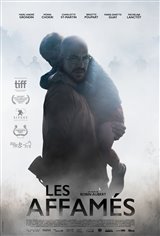 Bonin and Vézina roam the country roads in a pick up truck, rifle in hand. Their goal: to find survivors of the zombie epidemic that has fallen on their region. The two men are not alone. Celine, on board her commercial vehicle, avenges the death of her family by drawing in zombies, whom she slaughters with machetes. Further in the woods, an old man and a boy are fleeing the threat. In a nearby country house, two elderly ladies are waiting for the migratory route of the undead, which have cut their area off from the rest of the world. Bonin takes a girl and a young woman under his wing. As time passes, the paths of all these individuals will converge.