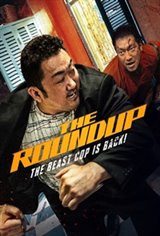 4 years after the events of the Garibong district round up operation, Geumcheon Police's Major Crimes Unit is given a mission to repatriate a fugitive who fled to Vietnam. Beast cop Ma Seok-do (Don LEE) and Capt. Jeon Il-man (CHOI Guy-hwa) intuitively realize that there's something wrong with the suspect's willingness to turn himself in and uncover crimes committed by a terrifying killer named Kang Hae-sang (SON Sukku). Ma and his unit begin their investigation across two countries and follow the bloody breadcrumbs left behind by Kang.