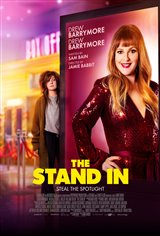 When a judge sentences her to 90 days in rehab, famed actress Candy Black (Drew Barrymore) hires her on set stand-in Paula (Drew Barrymore) to take her place at the facility. Following the 90 days, when Candy's manager gets offers for personal appearances and interviews on television shows, Paula convinces Candy to let her take her place, and they can split the money.

Candy, who has grown tired of fame and appearing slaptick comedy films, not only agrees to have Paula do the interviews, but she also wants her to appear in her next comedy movie as her. Meanwhile, people begin to notice how much nicer the "new Candy" is, and find themselves liking her much more than they did before.