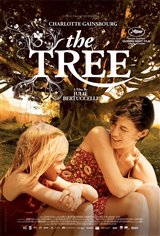 The O'Neill family undergoes tragedy when Peter (Aden Young), the father, is killed, leaving behind his grief-stricken wife Dawn (Charlotte Gainsbourg) and their four children. Their daughter Simone (Morgana Davies), 8, refuses to believe her father is dead, insisting that he lives in the giant fig tree growing near their house and speaks to her through its leaves. When the tree grows too large, it has to be cut down, but Simone won't allow it.

Based on the novel "Our Father Who Art in the Tree" by Judy Pascoe.