The Vanishing of Sidney Hall 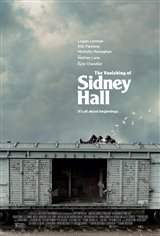 0 votes and 0 Reviews   Watch Trailer
Sidney Hall (Logan Lerman) is a gifted high school student with a photographer girlfriend named Melody (Elle Fanning). He wants to write a novel that will shake people up. When his friend Brett (Blake Jenner) presents him with an idea for his book, Sidney reluctantly considers it.

Sidney writes his book, which is based on a death. The book quickly reaches number one on the bestseller list, and stays there for many months. He's suddenly famous, but he keeps seeing the dead man, now years older, everywhere he goes. Haunted, his relationships fall apart and Sidney disappers without a trace. When it turns out that someone is going into bookstores and burning only Sidney's books, a detective (Kyle Chandler) decides to solve the mystery of the disappearance of Sidney Hall.