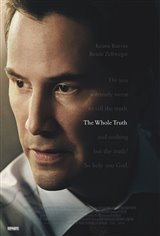 Distraught, Mike's mother Loretta (Renée Zellweger) begs Richard, who also happens to be a family friend, to save her son from prison. It initially appears to be a cut and dry case of an abusive father and a fed up son. However, as the pieces start to fall together, Janelle begins to suspect that Richard and Loretta may be much more involved in what happened on that fateful day.