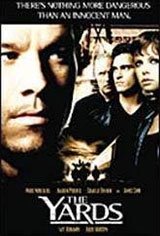 After being imprisoned for a crime he didn't commit, Leo Handler (Wahlberg) just wants to get his life back on track, so he goes to the one place he thinks will be safe--home. There, Leo takes a new job with his highly connected and influential Uncle Frank (Caan), and is reunited with his longtime friend, Willie Guitierrez (Phoenix), his cousin, and his girlfriend Erica (Theron). But in the legendary subway yards, a place where his family has toiled for generations and his uncle now pulls the strings, safe is not how they do business.

Unwittingly, he's drawn into a world of sabotage, high stakes pay-offs and even murder. And the secret he discovers, will make him the target of the most ruthless family in the city...his own. Now, in the name of justice he'll have to do everything in his power to take them down.