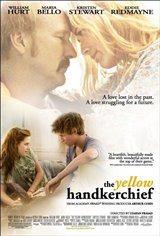 Brett Hanson is an ex-convict, just released from prison after serving six years for manslaughter and now adrift in a world of new freedoms and responsibilities. Finding initial difficulties in reconciling himself to a troubled past, Brett crosses paths with lonely and troubled teenager Martine and her new 'ride' Gordy. The trio head out in the same car and direction—Martine to cut loose and get away from her family, Gordy to get closer to Martine, and Brett who must decide whether he wants to return to his troubled past and an uncertainty with May, the woman that he left behind. Once on the road, the trio find their relationships forging and changing in myriad ways, but it is Brett's story and his need to reconcile his past to his future that drives the two young people to reassess their own passages as well.