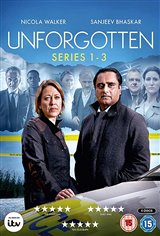 London detectives DCI Cassie Stuart (Nicola Walker) and DS Sunny Khan (Sanjeev Bhaskar) work on crimes from the past when skeletons are uncovered.

In the first season, they find the identity of a skeleton discovered in a cement basement to be that of a teenager from Liverpool who went missing in the 1970s. When they find his agenda with phone numbers and names in it, their search leads them to investigate a pastor, a woman who has moved on from her racist past, a former mob enforcer who is running for political office and an elderly man who is now in a wheelchair.

In the second season, a body found inside a suitcase in a river is identified as David Walker, a father and husband who went missing 25 years earlier. Meanwhile, a gay couple is hoping to adopt the little girl they've been caring for, but when the name of one of the men turns up on Walker's pager, suspicion falls on him, as well as on a woman who has put her past as a prostitute behind her and is now a wife, mother and respected teacher.

In the third season, the body of a teenage girl missing 18 years earlier from a tourist town is found under a motorway in London. At the same time, a homeless painter hoping to build a new life for himself is robbed, a husband and father having financial trouble cashes a check that's not meant for him, and a TV presenter struggles to deal with his grown son, who is confused about his gender.