When They See Us (Netflix) 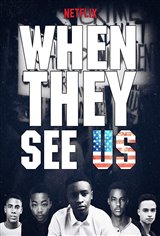 Academy Award nominee Ava DuVernay wrote and directed this four-part Netflix original series based on a true story that gripped the country.

The series chronicles the infamous case of the Central Park Five. Antron McCray, Kevin Richardson, Yusef Salaam, Raymond Santana and Korey Wise were five teenagers of color from Harlem who were convicted of a rape they did not commit.

The series begins in the spring of 1989 when the teenagers were first questioned about the incident. We see how the actions of the police and the racism within the NYPD affects these children over the course of 25 years, including their exoneration in 2002 and the settlement reached in 2014.