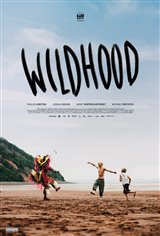 Link (Phillip Lewitski), a two-spirit Mi'kmaw teenager, lives with his father and his younger half-brother, Travis (Avery Winters-Anthony). After the two boys leave an abandoned warehouse one night, where they were rummaging for scrap metal, the police arrest them and thrown them in jail. Beaten unconscious by the police, Link is tended to by an old woman (Becky Julian), who speaks to him in Mi’kmaq.

When the boys’ abusive father, Arvin (Joel Thomas Hynes), comes to bail them out, he's livid. Tired of Arvin's physical and emotional abuse, Link decides to leave home. While searching in his father's room for car keys, Link finds a recent birthday sent to him by his mother, whom Arvin always claimed was dead. More determined than ever to leave, Link takes the card, which has a return address, and along with Travis, sets out to find his mother.