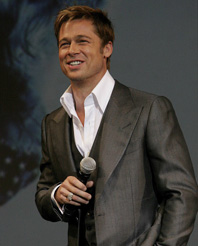 Brad Pitt wants to produce and star in The Lost City of Z, a movie about British explorer Percy Fawcett who disappeared in the Amazon jungle in 1925 during an expedition to find a lost city, according to Daily Variety. Fawcett’s adventures are said to be one of the inspirations for action hero Indiana Jones. Countless explorers have since attempted to retrace Fawcett’s route to try to solve the riddle of his disappearance, to no avail. Meanwhile, Pitt has two films for release this year: Burn After Reading and The Curious Case of Benjamin Button.