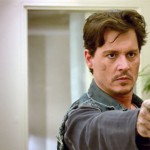 This is a cameo of meta proportions. On prom night, dim-witted undercover cops "Doug" (Jonah Hill) and "Brad" (Channing Tatum) are about to take down a drug deal when a gun-toting motorcycle gang arrive for the take. And as t...

Based on a TV show of the same name, 21 Jump Street follows two young-looking cops on their mission to infiltrate a local high school and solve crime. Starring Jonah Hill and Channing Tatum, this film takes high school enemie...

Win a Playstation Vita in our 21 Jump Street contest!

This exclusive contest from Tribute gives you a chance to win a Playstation Vita and a Blu-Ray copy of the recent blockbuster hit 21 Jump Street, starring Hollywood hunk Channing Tatum and the hilarious Jonah Hill. All you ha...

The '80s procedural that made Johnny Depp a star is reborn on the big screen this year as a slapstick buddy comedy. When Schmidt (Jonah Hill) and Jenko (Channing Tatum) find life as a cop more difficult than they anticipated,...

Jonah Hill is feeling pretty confident about his latest flick, 21 Jump Street. Hill revealed to E!Online that there will be a sequel coming soon. "We got [the green light] by the studio to start writing the sequel," he told t... 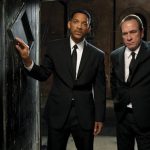 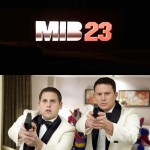 Still high off the success of 21 Jump Street, Channing Tatum and Jonah Hill reunite for the aptly-named sequel 22 Jump Street. Janko and Schmidt are undercover college students this time around, trying to stop a new drug call...