A now grown Alice (Mia Wasikowska) travels back to the whimsical world she first discovered as a child. There she's greeted by some of the quirky characters she met on her childhood adventure, including The Mad Hatter (Johnny...

Alice in Wonderland took $210.3 million worldwide this weekend, making it the highest-grossing opening ever for a 3D movie. The Tim Burton film earned much more than was initially forecast, including $116.3 million in America...

Watch this new clip from Alice in Wonderland, in which The White Rabbit (Michael Sheen) gives Alice (Mia Wasikowska) a piece of cake that makes her grow out of her clothing, and she has to ask The Red Queen (Helena Bonham C...

In this Canadian exclusive, Johnny Depp talks about how it was a dream come true for him to bring The Mad Hatter to life in the new motion picture Alice in Wonderland....

Check back tomorrow -- Wednesday January 20th at 11:30 a.m. when Tribute will be featuring the exclusive Canadian clip of Johnny Depp talking about how it was a dream come true to bring The Mad Hatter to life in the new m...

Disney Canada gave exhibitors and the media a very special sneak preview of their upcoming films from now until into 2011! There's a lot of great stuff to look forward to, especially their offerings in Digital 3D. Coming soon...

The crowd erupted in ecstatic surprise to see Johnny Depp who showed up at Disney’s 3D presentation of Tim Burton’s Alice in Wonderland. Depp walked on stage, waved and then exited with Burton. But that was all it took to... 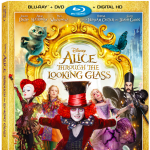 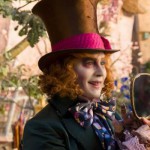 Two of our reviewers snuck away from their desks to catch an advance screening of Alice Through the Looking Glass starring Johnny Depp and Mia Wasikowska. Check out their thoughts on the film here! 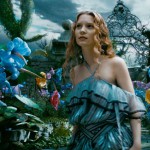 Alice Through the Looking Glass leads this week’s new trailers

Even though we've been given a glimpse of Alice Through the Looking Glass before, the second trailer to the Alice in Wonderland sequel undoubtedly tops this week's new batch. The latest look at the Tim Burton-produced f...