New Carrie Bradshaw revealed for Sex and the City

After months of searching, the CW network has finally revealed who they've cast as young Carrie Bradshaw in the pilot for their new Sex and the City prequel series, The Carrie Diaries, based on the book of the same name by au...

Grammy-winning singer Carrie Underwood has been cast in her first acting role, in the movie Soul Surfer. The film tells the true story of champion surfer Bethany Hamilton, who lost her arm during a shark attack when she was ...

There’s a high demand for children’s movies these days, with G-Force (featuring talking guinea pigs) coming in strong and beating out Harry Potter and the Half-Blood Prince for the number one spot at the box office this p... 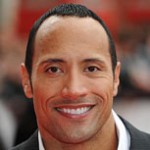 The Rock to remake Witch Mountain

Dwayne ''The Rock'' Johnson, Ciarán Hinds and AnnaSophia Robb (Bridge to Terabithia) have been cast in Race to Witch Mountain, Disney's remake of its hit 1975 film Escape to Witch Mountain. Robb, 14, will be playing the pa...