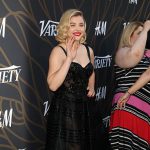 Chloe Grace Moretz says she was fat-shamed by an actor playing her love interest when she was 15. We take a look at who she might have been talking about. 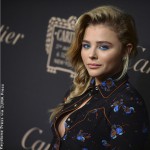 Chloe Grace Moretz cancels all of her upcoming movies

Acting since she was only seven years old and with an impressive 57 film credits to her name, Chloë Grace Moretz has cancelled all of her upcoming films. Find out why the actress has taken time off from her acting career, and what she will be focusing her time on instead. 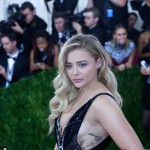 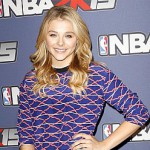 Chloe Grace Moretz is obsessed with vintage t-shirts. The 19-year-old actress owns “hundreds” of retro garments and can’t stop herself from buying more. Asked her wardrobe staple, she said: “Vintage t-shirts. I own, like, hundreds of really, really… 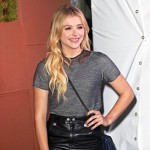 Chloe Grace Moretz stopped trusting people after her parents divorced. The 5th Wave actress was devastated when her father “just left” her mother when Chloe was a child and she admits their separation had a huge impact on her.

Chloë Grace Moretz is a beautiful young woman, but she wore a Mui Mui dress that did nothing for her. The top half looks fine, but the bottom looks like curtains from Grandma’s house. Or a bedspread from the spare room tha...

Chloë Grace Moretz, 17, has grown up on the big screen from playing Ryan Reynolds' tiny daughter in The Amityville Horror (2005) to the foul-mouthed Hit-Girl in Kick-Ass (2010) to the telekinetic prom queen in Carrie (20...

Chloe Grace Moretz is a ”geek” when she’s at home. The 17-year-old actress – who can be seen playing a prostitute alongside Denzel Washington in new action thriller film ‘The Equalizer’ – insists she lives a pretty normal life away from the cameras …

If I Stay is the story of Mia Hall (Chloë Grace Moretz), a musical prodigy who plays the cello, but during an interview on Chelsea Lately, Chloë revealed that although she started off saying, "Don't ruin the movie magic!", ...

Chloe Grace Moretz says she and Brooklyn Beckham ”just hang out with each other”.The 17-year-old ‘Kick Ass’ star has been romantically linked to Victoria and David’s eldest son, after Chloe was seen skateboarding with Brooklyn earlier this year, but…