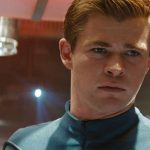 After making a name for himself in his native Australia, Chris Hemsworth and his brother Liam made their way stateside to Hollywood to almost near immediate success. A couple of years before becoming the MCU’s Norse God... 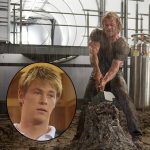 In North America, most first saw Chris Hemsworth as Thor, known for his rippling muscles and massive build. But Chris didn't always look like that. A tall young man at 6'2", he had an average-sized build. He got his start wit... 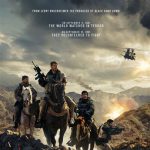 12 Strong, starring Chris Hemsworth, is about soldiers sent to Afghanistan and what they faced when presented with horses as their only means of transportation. 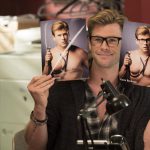 An actor who's currently in a role tasked with saving the world, Chris Hemsworth as Thor, the god of Thunder, doesn't need to use a thunderbolt or his hammer to grab your attention – he just has to flash that perfect smile.... 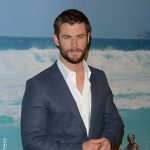 Thor’s Chris Hemsworth reportedly said during an Australian comic-con panel that it is “illegal” for Marvel actors to take on roles in rival hero franchise, DC. 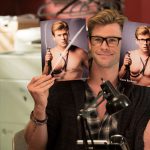 Having Thor for a father must be one of the coolest things for a kid. And luckily for Chris' three kids with wife Elsa Pataky, Tristan, India Rose and Sasha Hemsworth, they get to grow up knowing exactly what that feels like.... 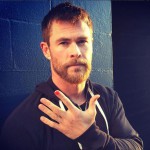 Aussie actor Chris Hemsworth is doing his bit to help put a stop to child abuse by supporting the Australian not-for-profit organization YGAP. He’s posted a… 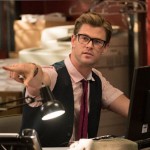 Check out the new trailer for the upcoming all-female Ghostbusters reboot! We get to see most of Chris Hemsworth’s character Kevin, as well as ghosts from the original movie. 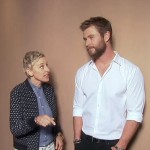 Australian actor Chris Hemsworth, who often portrays ultra-masculine characters on screen, revealed that he’s a feminist and cites his upbringing as the source of his balanced outlook.