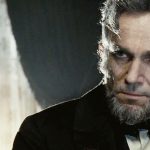 Would you believe Liam Neeson was first offered the role of Abraham Lincoln in the biopic Lincoln? It’s now impossible to imagine anyone else as the historic president because Daniel Day-Lewis did such a tremendous job ... 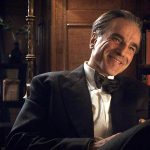 After filming ended for Phantom Thread in 2017, Oscar award-winning actor Daniel Day-Lewis told W Magazine that the process of becoming Reynolds Woodcock, with all the drama that entailed, had caused him to sink into a deep d... 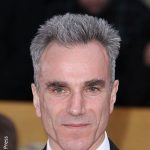 Daniel Day-Lewis has announced that he will be retiring from acting after being in the industry for over four decades. His final film will release this year. 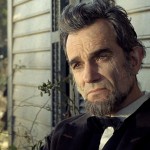 Daniel "The Chameleon" Day-Lewis literally transformed himself into the formidable Abraham Lincoln in Steven Spielberg's 2012 historical drama Lincoln. With as little as two photos and a memorial to go on, Day-Lewis perfected...

Could one of the most revered and honored actors ever to grace a movie screen possibly be considering starring in a musical? It's true—two-time Academy Award winner Daniel Day-Lewis, who's known to be extremely picky about ...

Ben Affleck accepted an honorary degree from Brown University on Saturday (05.25.13).The ‘Argo’ director and star took to the podium during the Ivy League university’s graduation ceremony in Providence, Massachusetts to receive his prestigious Doctor …

Pneumonia stricken Jennifer Lawrence picked up the Best Actress in a Motion Picture gong at the Screen Actors Guild Awards in Los Angeles on Sunday (01.27.13).The 22-year-old star braved the ceremony – where she was presented with the award for her …

This star-studded musical focuses on Guido Contini (Daniel Day Lewis) an arrogant filmmaker struggling to complete his script before the film begins shooting. Desperate for inspiration, he looks to his wife, mistress, muse, a...

Canadian-raised Ramin Karimloo has become a huge star in England. He has the distinction of being the youngest performer ever at age 29 to play the title role in The Phantom of the Opera and also performed the role on the n... 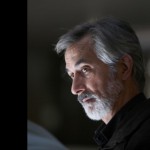 Interview with David Strathairn of The Whistleblower

Actor David Straithairn talks about his career and his new movie, The Whistleblower starring Rachel Weisz. Academy Award nominee David Strathairn (Good Night, Good Luck) knows a good thing when he sees it, and such was...