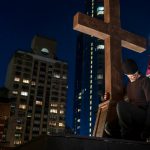 Blinded as a young boy but imbued with extraordinary senses, Matt Murdock (Charlie Cox) fights against injustice by day as a lawyer, and by night as the superhero "Daredevil" in modern day Hell's Kitchen, New York City.... 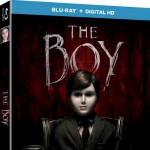 Read our review of the horror film The Boy, about an American woman hired as a nanny for a boy, who turns out to be a doll. It’s now available on Blu-ray and Digital HD,

Morgan Freeman’s step-granddaughter knew her boyfriend Lamar Davenport was ”troubled” before he allegedly performed an ”exorcism” on her. The 30-year-old man was arrested at approximately 3 a.m. Sunday morning for second-degree murder wh…

Hellboy II: The Golden Army is one of the most wild superhero films with a unique plot and crazy characters. A mix of monsters and creatures come together to help the government fight off an evil monster who wants to destroy ...

Daredevil premieres on Netflix tomorrow and we are excited to be able reveal the Daredevil red suit to you! Marvel’s Daredevil is one of the best known properties of the street level heroes and will be the first of fou...

Jersey Boys, directed by Clint Eastwood, tells the true-life story of Frankie Valli and the Four Seasons, a pop group who broke out of their hometown bubble to became an international sensation with a unique, brand-defining s...

Benjamin Stockham, 14, plays Marcus on the NBC-TV sitcom About a Boy, which is based on the 2002 movie starring Hugh Grant as Will. The series is somewhat different (it's set in San Francisco) and has been modernized (for ins...

Jersey Boys, the newest film from director Clint Eastwood, tells the true-life story of Frankie Valli and the Four Seasons, a pop group who broke out of their hometown bubble to became an international sensation with a uniq...

Reese Witherspoon is the first actor being tied to Atom Egoyan’s true-crime drama The Devil’s Knot. Witherspoon will be playing the mother of one of three young boys who were satanically killed near Arkansas in 1993. Thre...

The big news at Summit’s Astro Boy panel, the new adaptation of a sci-fi cartoon classic, is that Samuel L. Jackson and Charlize Theron will lend their voices to the cast. Just before Summit unveiled the new trailer for...