Calling all Ferris Bueller fans! Matthew Broderick, 49, has returned to his iconic role as Ferris Bueller for a two-and-a-half minute Honda CRV commercial that will air during the Super Bowl. In the ad, Matthew recreates se... 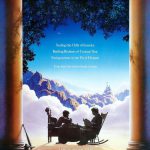 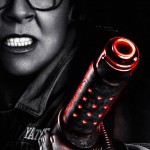 We all know that fans love dissecting alternative interpretations of their favorite franchises. It's happened time and time again over the years, with some of the most famous being that Ferris Bueller's Day Off was actually a...

Vince Vaughn, Ben Stein and Matthew Broderick attended the Chicago funeral services for writer, producer and director John Hughes on Tuesday. Hughes died Thursday of a heart attack in Manhattan at 59. The service was by invi...

John Hughes, who directed hit films such as The Breakfast Club, Ferris Bueller's Day Off and Sixteen Candles, died this morning in New York City of a heart attack. He was 59. Hughes directed and wrote films that a generation...