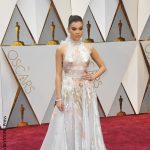 Hailee Steinfeld wore a beautiful lavender Ralph & Russo gown adorned with ruffles at the neckline. The floral print dress complemented the actress and added an elegant touch to her look.... 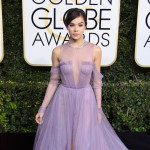 The Edge of Seventeen star Hailee Steinfeld arrived looking like a Disney princess as she strutted the red carpet in a sheer lavender Vera Wang custom-designed dress. She looked ravishing and we totally approve of this dreamy...

Hailee Steinfeld reveals her romantic side

Hailee Steinfeld forced to leave school because of bullies

Hailee Steinfeld had to leave school after being bullied.The 16-year-old actress – who was nominated for an Oscar for her role in ‘True Grit’ at the age of just 14 – admitted she had to leave her middle school in Thousand Oaks, California in 2008, aft… 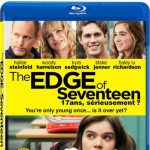 Hailee Steinfeld plays a rebellious teen in the coming-of-age drama The Edge of Seventeen. Click here to read what we thought of the hilarious comedy. 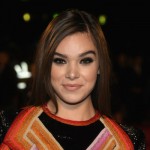 The Edge of Seventeen brings TIFF 2016 to a close 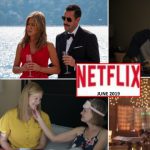 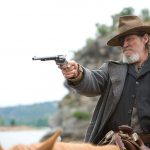 While the Coen brothers are best known for some the most original films of the last 30 years, True Grit stands out as the true oddball project in their filmography. Their 2010 remake of the classic John Wayne western True Gri... 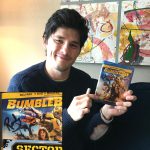 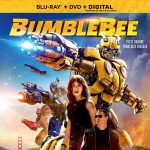