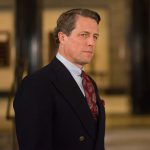 With his gentle eyes, sweet smile and stuttering, nervous speech, Hugh Grant plays a perfectly dashing English gentleman in every film. There was once a time when, like Katherine Heigl, it was nearly impossible to watch a rom... 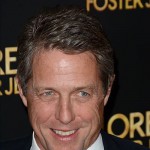 Hugh Grant is the father of a third child

Hugh Grant a first-time dad at 51

Hugh Grant, 51, has become the father of a baby girl, who was born September 26 at a private hospital in London. The mother is Chinese actress Tinglan Hong, 32, whom Grant, who has never been married, dated for a short period...

British actor Hugh Grant, 50, was checked into the emergency ward at the Chelsea and Westminster Hospital in London after feeling faint, dizzy and short of breath on Wednesday night. He refused to call an ambulance because ...

Hugh Grant admits that he has no one to blame but himself for his single status. The actor says he's had many opportunities to settle down. He told British interviewer Jonathan Ross on his talk show: "I should settle dow...

According to British paper the Daily Star, Hugh Grant was arrested for allegedly throwing baked beans at a photographer. Ian Whittaker told the paper he was on the street near Grant’s home when he asked to take a picture: "... 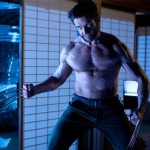 This morning Hugh Jackman tweeted and instagrammed the official title of the upcoming Wolverine film, the third film in the franchise. Find out what it is.

Hugh Jackman has been immortalized by dipping his hands and feet into the famous cement outside Grauman’s Chinese Theatre on Hollywood Boulevard in Los Angeles. Jackman told the crowd of approximately 500 fans that he’... 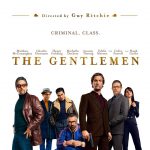