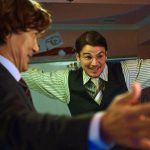 After being in the Hollywood limelight during the early 2000s as a leading man in films such as Pearl Harbor, Black Hawk Down and Lucky Number Slevin, Josh Hartnett found himself taking roles in smaller and more interesting f... 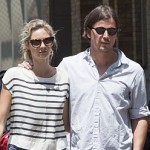 Josh Hartnett and Tamsin Egerton have welcomed their first child into the world. The ‘Black Hawk Down’ actor and his 27-year-old partner – who have been dating since 2012 – were seen leaving St. Mary’s Hospital in London yesterday with the …

Josh Hartnett and Tamsin Egerton are expecting their first child.The ‘Penny Dreadful’ actor and his 26-year-old girlfriend are ”beyond thrilled” to be starting a family together, the 36-year-old star’s representative has confirmed.The spokesperson t…

Josh Hartnett was taken to hospital early this morning following a 911 call. An ambulance picked him up at the Chateau Marmont in West Hollywood at approximately 1:00 a.m. He walked into the ambulance on his own, and did not... 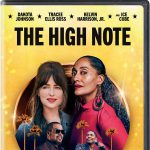 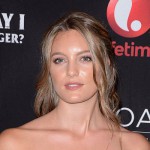 Amanda Seyfried claims she was mortified when Hugh Jackman gave her a lapdance.The ‘Les Miserables’ star revealed her hunky Australian co-star, 44, gave her a private dance for her birthday last week but it made her uncomfortable because she was compl…

Rock of Ages star Russell Brand has been named the World's Sexiest Vegetarian Celebrity of 2011, along with Kristen Wiig (Bridesmaids), by People for the Ethical Treatment of Animals (PETA), who compile the annual list. Russe...

Byrning up the big screen Watch the latest movie trailers on Tribute.ca Tribute.ca spoke with actress Rose Byrne about her upcoming film Knowing. Q - Before we chat about your new film Knowing I’d like to congratulat...