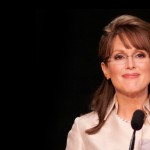 Portraying a politician who is still alive has its fair share of difficulties. Especially when said politician's policies are incredibly divisive. And no politician had a run quite as controversial as Alaska's own Republican ... 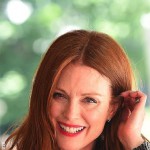 The television landscape just got a whole lot hotter, with the likes of Julianne Moore and Robert De Niro headlining a new David O. Russell series. Read on to learn more about the exciting project! 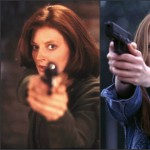 The Silence of the Lambs/Hannibal: Jodie Foster – Julianne Moore

The Silence of the Lambs is one of the most iconic horror films ever made. Jodie Foster played Clarice originally and did a wonderful job, winning her second Oscar for her work in the film. Years later when it came time to do...

Julianne Moore’s daughter Liv Freundlich, whose father is director Bart Freundlich, is the spitting image of her mother. Both have long deep-red locks - Liv's got some amazing genes....

Julianne Moore wowed everyone when she showed up to the opening ceremony in a dramatic gown designed by Giorgio Armani. The Oscar winner was a vision with her red hair pulled back, emerald green earrings and feathered gown....

You may have heard a lot about this film during award season, as it was buzzing with talented names and performances. Still Alice’s leading actor, Julianne Moore was among the top contenders who bagged every award this ...

Recent Academy Award-winner Julianne Moore has been fired by Turkish officials for her "poor acting." The actress, who won an Oscar for her role in Still Alice, shot a promotional film to promote tourism in Turkey last ye...

It was announced today that Oscar winner Julianne Moore will be among the presenters at The Canadian Screen Awards. Fifty awards were handed out last night by The Academy of Canadian Cinema and Television at the first night o...

We wish she had chosen a color that popped against her skin and made a statement, considering her Chanel dress took 927 hours to design. There was no wow factor and the mid-dress embellishment would have looked better placed ...

Julianne Moore wasn’t ”instantly” attracted to her husband.The ‘Still Alice’ star met director Bart Freundlich when they worked together on ‘The Myth of Fingerprints’ and the 54-year-old star – who has children Cal, 17, and Liv, 12, with the 45-year…