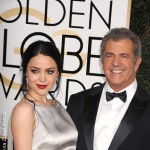 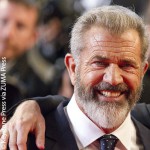 Mel Gibson is working on a sequel to the Passion of the Christ, which will focus on the Resurrection of Jesus Christ. Click to read more about the sequel to the highest grossing R-rated movie of all time. 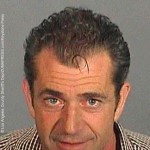 Mel Gibson has had a few brushes with the law. He was banned from driving for three months in 1984 in Canada after he drunkenly crashing his vehicle. In 2006, he was caught speeding with an open container of alcohol and was a...

Mel Gibson returned to the red carpet, surprising and thrilling fans at the Mad Max: Fury Road premiere in Hollywood. Mel was the original madman, starring in the first Mad Max film in 1979.  It was the role that turned the... 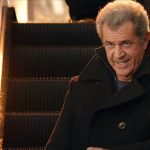 Where do we begin? Mel Gibson may be more famous for his controversial antics than for his acting. He’s been accused of homophobia, arrested for a DUI, and accused of racist remarks and domestic violence. He apparently also...

When The Passion of the Christ was released in 2004 amid accusations of anti-semitism, the controversial film aroused similar speculation that director Mel Gibson is anti-Semitic. On July 28, 2006, the filmmaker confirmed tho...

Mel Gibson feels sympathy for Shia LaBeouf. The 58-year-old actor is concerned about the troubled star, who has sparked fears over his mental health after he appeared at a film premiere in Germany with a paper bag on his head earlier this year, and be…

Mel Gibson ‘works on himself’

Mel Gibson has ”worked on himself” since making anti-Semitic remarks.The ‘Passion of the Christ’ actor feels frustrated that comments he allegedly made when being arrested in 2006 after often referred back to because he has ”dealt with” the incide…

Mel Gibson hits on three women in one night

Mel Gibson tried to hit on three women in one night earlier this week. ‘The Beaver’ star was in Miami on Wednesday (20.02.13) having a wild time on the dancefloor at LIV nightclub, and attempting to woo various ladies.First Mel was seen kissing a blon…

Mel Gibson’s ex is unhappy with her custody agreement.Oksana Grigorieva split from Mel in June 2010, amid allegations he physically assaulted her, and although the former couple reached an agreement for custody of their daughter Lucia, two, Oksana is…