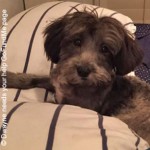 Dwayne Johnson has donated $1,500 to save an abandoned puppy named after him. The actor found out about the miserable situation of “Dwayne the dog” after actress Michelle Trachtenberg tweeted the star to alert him a…

Harriet (Michelle Trachtenberg) is a spy who snoops on her friends and family to get all the good dirt. Although she usually gets away with it, everything turns into one big mess when her book of secrets is discovered by a cl...

Gossip Girl star Michelle Trachtenberg, who first rose to fame playing the title role as a skinny 11-year-old in the feature film Harriet the Spy, and then played Buffy's younger sister on the TV series Buffy the Vampire Sl...

The Australian Herald Sun newspaper is reporting that the success of the new vampire-themed Twilight could bring a return of Buffy the  Vampire Slayer to the big screen. It even says a screenplay is written and ready to be f...