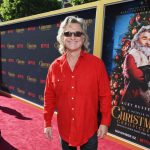 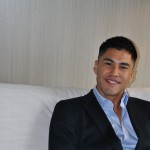 Actor Martin Sensmeier plays Red Harvest in the western action flick The Magnificent Seven and we had the chance to talk to him about his major motion picture debut. 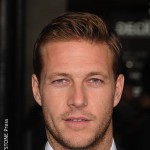 Canadian actor Robbie Amell was in Toronto recently to promote his upcoming family film Max. You may remember him from CW's The Tomorrow People. Currently he plays Firestorm on CW's The Flash. Earlier this year, the 27-yea...

We had the chance to speak to Ryan Potter, the star of Big Hero 6 by phone this week. In the animated action film, which just released on DVD this week two days after winning an Academy Award for Best Animated Feature Film, R...

The Barden Bellas are belting out the hottest head-banging tunes and you can now sing along to it karaoke style! The Pitch Perfect Sing-Along Aca-Awesome Edition is perfect for a girls’ night out. The on-screen lyrics will ...

The civil rights movement in America has been well documented over the years. From 1954 to 1968, the United States witnessed some of the most horrific acts in the history of the world. The ugly truth is race relations was an ...

There are 10 new releases on DVD this week that are bound to catch your attention. With so many options, you are definitely going to catch a flick of your interest. Whether it be the moving story of Selma or the fantasy love...

Mr. Turner is a drama depicting the life of Joseph Mallord William Turner (Timothy Spall), a great British painter who lived from 1775 to 1851. The film follows the last 25 years of Turner's life and begins with him return...