The investigation surrounding Natalie Wood's drowning have been reopened. Dennis Davern, the captain of the yacht she was on when she disappeared is now saying he believes her husband, Robert Wagner, who has always claimed ... 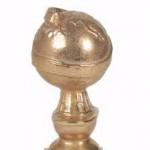 Peter Finch’s Golden Globe for the movie Network is up for auction. Find out whether Oscars and Golden Globes can be sold by the winners or their family.

No offense to the remake (and its completely unnecessary sequel), but the original is almost always better. In a comedy that has enough deceit to be a soap opera, a somewhat clueless French detective, Inspector Clouseau (Pete...

You won’t see Cameron Diaz, Drew Barrymore or Lucy Liu reprise their roles as the famous sexy super spies. Get ready for a new set of women who are about to set the small screen on fire as Charlie’s new angels. The lat...