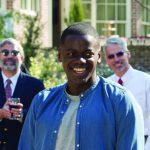 Samuel L Jackson is not happy about some recent casting choices of black British actors in African-American centered storylines. Read on to find out more. 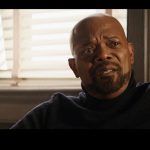 Samuel Leroy Jackson was born December 21, 1948. He has received much critical acclaim and numerous awards, having appeared in over 120 films. He rose to prominence in the '90s for his roles in movies such as Goodfellas (1990... 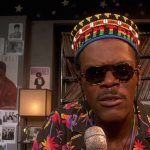 Though he is now one of Hollywoodā€™s most recognizable and bankable stars, Samuel L. Jackson started out pretty humble, landing his first role in 1973. Primarily working on television in the following years, Jackson wouldnā€... 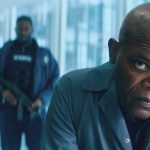 If Samuel L. Jackson is in a movie, you can almost guarantee he’s going to be playing a crude, intimidating badass, whether that’s in Pulp Fiction, Snakes on a Plane or even in the Avengers franchise. The man just... 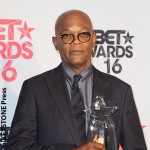 Samuel L. Jackson had plenty of people to thank in his speech at the BET Awards after winning the Lifetime Achievement Award yesterday. Check out what he said, who he thanked, and what Spike Lee said about him. 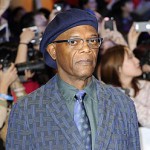 Samuel L. Jackson’s stammer is cured when he says ”motherf***er.” The Hateful Eight actor’s speech impediment was so debilitating when he was younger, he was bullied and ”stopped speaking for almost a year in school” but discovered an unusual way…

Samuel is a strong actor who commands respect. He was absolutely perfect to play the head of S.H.I.E.L.D. and as a tribute, in the Ultimate Marvel Universe series of comics, the artist drew Nick Fury based on Jacksonā€™s appe...

Big GameĀ is an action-packed film that leaves you with a smile on your face. When Air Force One is targeted by a terrorist organization, a young boy, Oskari, finds the President of the United States (Samuel L. Jackson) stran...

Samuel L. Jackson once got involved in a brawl with a group of soccer hooligans. The actor has revealed he punched ”three or four” soccer supporters during a clash with a group on the Tube in London in the 1980s – when he …

Samuel L. Jackson was surprised to hear about Harrison Ford’s injuries. The 65-year-old actor was shocked by news that Harrison – who has reprised his role as Hans Solo in the sci-fi franchise – was crushed by a hydraulic door on set of the ‘Star Wars…