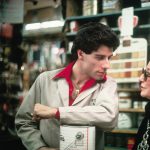 This classic received a Grammy Award for Album of the Year way back in 1977. If you crave some music history lessons in Disco, look no further than Saturday Night Fever. There are a lot of great Bee Gees hits, including "Stay... 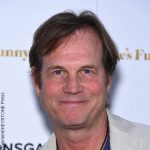 Bill Paxton’s death may be linked to childhood rheumatic fever

Days after Bill Paxton died, reports are surfacing that his passing may be linked to a bout of rheumatic fever that he suffered when he was 13. Read more here. 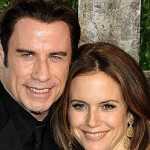 John Travolta planned to party all night after the Oscars.The ‘Saturday Night Fever’ star may have fluffed his lines introducing Idina Menzel at Sunday’s (02.03.14) Academy Awards, but wasn’t letting it get him down, and looked to party the night away…

Every year the Comic-Con convention in San Diego, California attracts movie buffs, comic book fans and science fiction geeks from everywhere. In fact, it’s a movie mecca to find out the latest scoops and tidbits from upcoming films. This year, the famous convention is set to reveal tidbits and highlights from the most anticipated movies of the year including the hotly anticipated New Moon, Avatar and Iron Man 2!

John Travolta ”economises” with his dancing.The 60-year-old actor – who has children Ella, 13, and Benjamin, three, with wife Kelly Preston – is known for his fancy footwork thanks to his roles in films like ‘Staying Alive’ and ‘Saturday Night Fever… 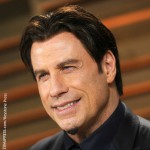 John Travolta shot to fame on the 1970s sitcom Welcome Back, Kotter as Vinnie Barbarino. A bit part in the movie Carrie and a starring role in the TV movie The Boy in the Plastic Bubble led to huge successes in Saturday Night...

Scarlett Johansson: There is nothing creepy about John Travolta

Scarlett Johansson insists there is ”nothing creepy” about John Travolta.Photographers snapped on as the ‘Captain America: The Winter Soldier’ actress was greeted, in what looked like an awkward exchange, on the red carpet at the Academy Awards last…

John Travolta considered retiring after his son died.The ‘Grease!’ actor and wife Kelly Preston were left devastated when son Jett passed away in 2009 and he admits it was only the support from his fans, loved ones and faith in Scientology which preve…

Doug Gotterba, a male pilot, claims he was John Travolta’s gay lover in the 1980s and that the actor admitted to him that he was still into men even after marrying actress Kelly Preston in 1991. The 62-year-old pilot, who...

In recent months, John Travolta’s personal and sexual life has been scrutinized following sexual harassment accusations. Rumors about his sexuality resurfaced after the star faced numerous lawsuits from men who claim the ac...