Russell Brand’s sex drive has decreased since his divorce from Katy Perry.The one-time lothario admits his painful split from the pop star – whom he filed for divorce from in December 2011 – has lowered his famous libido, and he no longer feels the de…

An Inside look at Sex Drive

Loveable underdog Ian (Josh Zuckerman) is the last American virgin. At least that's how it feels to him now that he's 18, about to go to college, and losing girls to his 14-year-old brother. Ian's always been the nice guy, th... 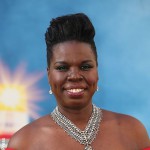 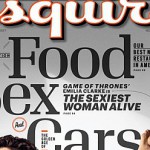 Emilia Clarke has been crowned the Sexiest Woman Alive. The Game of Thrones star has stripped down and flashed the flesh for a steamy cover shoot with Esquire magazine after the publication handed her this year’s accolade…

Adam Driver: Lots of things have been said about my face

Adam Driver has been told on more than one occasion that he has an ”unusual face.” The Girls star has emerged as an unlikely sex symbol since appearing in the popular HBO series, but freely concedes he’s not as conventionally attractive as other bi…

The Walmart truck driver charged with causing Tracy Morgan’s car crash has pleaded not guilty.Kevin Roper – who is facing one count of death by auto and four counts of assault by auto charges – appeared in Middlesex County Superior Court in New Jersey…

Arnold Schwarzenegger has sex five times a day. The 66-year-old actor – who split from wife Maria Shriver in 2011 after 25 years of marriage when it was revealed he fathered a child with his maid – has several female companions to satisfy his daily de…

Kristin Davis was driven "crazy" by her Sex and the City 2 child co-stars.  The 45-year-old actress -- who reprises her role as mother-of-two Charlotte York Goldenblatt in the movie sequel -- admits she didn't need to act wh...

Richard Gere: Buddhism is my life

Richard Gere says Buddhism is the centre of his life.The Hollywood actor is a firm believer in the Asian religion, which focuses on personal spiritual development, and says it is the guiding force that surrounds everything he does.He explained: "… 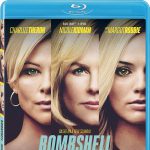