The Three Musketeers to release in D-BOX MFX

Summit Entertainment's upcoming action-adventure film The Three Musketeers will not only be offered in 3D, but it was announced today that it will also be available in immersive D-BOX MFX in select theaters. Based on Alexandr... 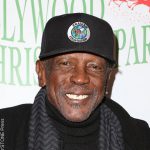 Award-winning actor Louis Gossett, Jr. will receive the Lifetime Achievement Award at the fifth annual Toronto Black Film Festival this week. Read our Q&A with him. 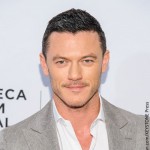 Luke Evans dishes on his dark role in thriller High-Rise

Welsh actor Luke Evans dishes on his role as Wilder in the thriller High-Rise and how he approached playing the character. He also talks about his role in the upcoming Disney film Beauty and the Beast.

Orlando Bloom is dating Luisa Moraes. The 38-year-old actor appeared fascinated by the 28-year-old Brazilian model-and-actress and could hardly take his hands off her during dinner at Zooma Sushi in Malibu, California…

Paranormal Activity 3 scared away the competition at the weekend box office, taking over the number one spot with an estimated gross of $54 million (all figures U.S.) and earning 3.5 out of 5 stars from Tribute.ca viewers...

Charlie Sheen has confirmed that he is teaming up with his producer pal Joe Roth to bring Jack Nicholson and Adam Sandler's movie Anger Management (2003) to the small screen. Since he was famously let go from the hit TV sh... 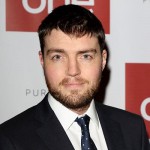 An upcoming crime-drama series based on novels written by J.K. Rowling has cast British actor Tom Burke in the lead role. Check out details of the show, as well as what both J.K. and Tom had to say!