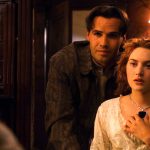 Just like Prince Hans, Cal was more of an emotional villain than anything else. He was Rose's fiancé and even at the beginning of the film he shows how manipulative and controlling he can be. It just gets worse as Rose... 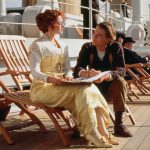 Nearly a third of this Oscar-winning movie was filmed in Halifax. The city also has a close connection to the actual 1912 disaster. Halifax was the closest port to where the real Titanic sank in the Atlantic Ocean. The city b... 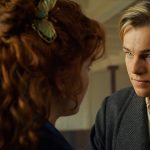 Some have theorized that Jack (Leonardo DiCaprio) is actually a time traveler sent back in time to save Rose (Kate Winslet) from committing suicide on the Titanic. If he hadn’t been there to intervene, she would have ju... 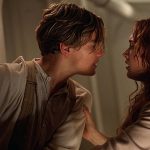 Director James Cameron's epic love story told around one of history's greatest tragedies on the high-seas was one of the decade's greatest films. It certainly had the box office dollars to prove it, grossing more money than a... 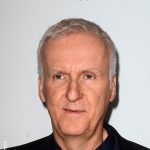 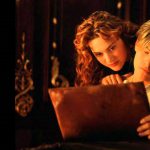 Titanic (1997) was a turning point in Leonardo DiCaprio's career, but you wouldn't guess this talented actor messed up a key scene and line. Seems the actor got a bit nervous in the infamous "draw me" scene with co-star Kate ...

One of the greatest tragedies in history turned love story, two people from different classes fall in love before the sinking of the ship. It’s no surprise Titanic made our list – and tops it off, of course! No romance li... 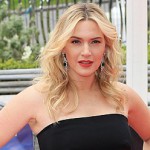 Kate Winslet is still ”haunted” by her nude scene in ‘Titanic.’ The Oscar-winning actress, who stripped down for an intimate moment in the 1997 blockbuster, during which her co-star and good pal…

15 years after James Cameron's unbelievable gamble paid off by becoming the biggest movie ever (at the time), Titanic is finally seeing release on Blu-Ray. After spending so much time digitally remastering the original print ...

When James Cameron’s Titanic was released in 1997, no one could have predicted how big an impact it would eventually have on cinema. The film, which starred Leonardo DiCaprio and Kate Winslet as star-crossed lovers on the s...