A Quiet Place debuts as the weekend box office champ! 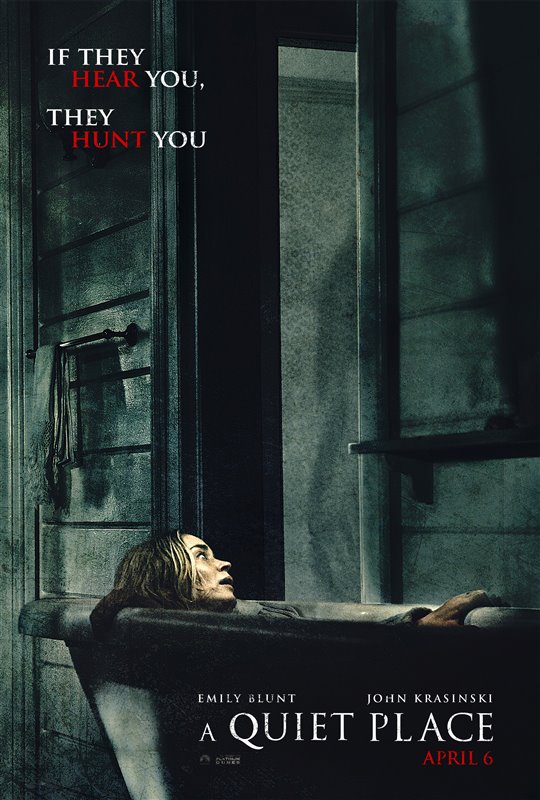 This weekend, two new releases made it into the top five at the weekend box office, with John Krasinski‘s A Quiet Place taking over the number one spot. Check out what was popular with moviegoers!

Topping the charts was the new thriller, A Quiet Place, directed by John Krasinski, who stars alongside his real-life wife, Emily Blunt, as parents who are trying to keep their children safe from creatures who hunt by sound only. It took in $50 million in its opening weekend and has received rave reviews from critics and audiences alike. Our users rated it 4.4 stars out of 5 stars.

Dropping to second place was last week’s champ, Ready Player One, about a teen (Tye Sheridan) who wants to take over an immersive virtual universe called the OASIS. It earned an additional $25 million for a domestic total of $96.9 million and has a great rating of 4.3 stars from our readers.

The popular superhero movie Black Panther dropped only one spot to fourth, earning an additional $8.4 million for a domestic total of $665.4 million in its eighth weekend in theaters. It has a user rating of 2.2 stars.

Rounding out the top five was the inspirational drama I Can Only Imagine, which earned an additional $8.35 million in its third weekend for a domestic total of $69 million. It has a rating of 4.5 stars from viewers. ~Alexandra Heilbron 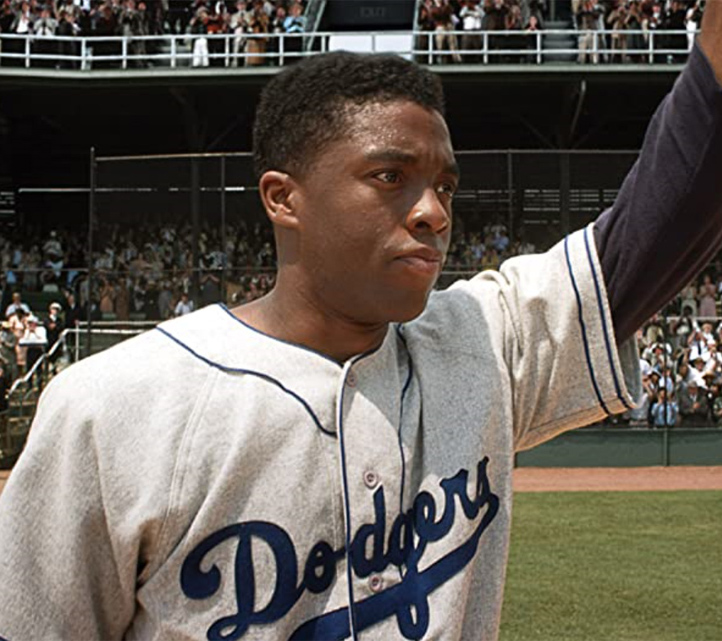 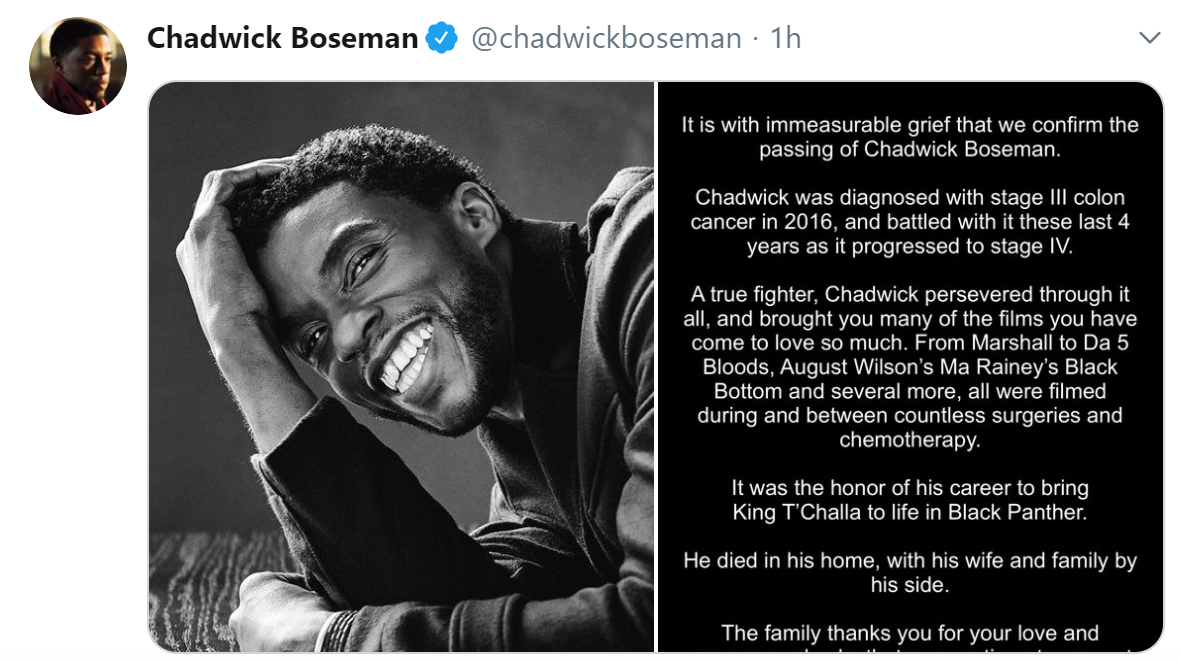 Shocking news out of Hollywood Friday evening: it has been reported that Chadwick Boseman, star of Black Panther and many other films, has died at the age of 43.