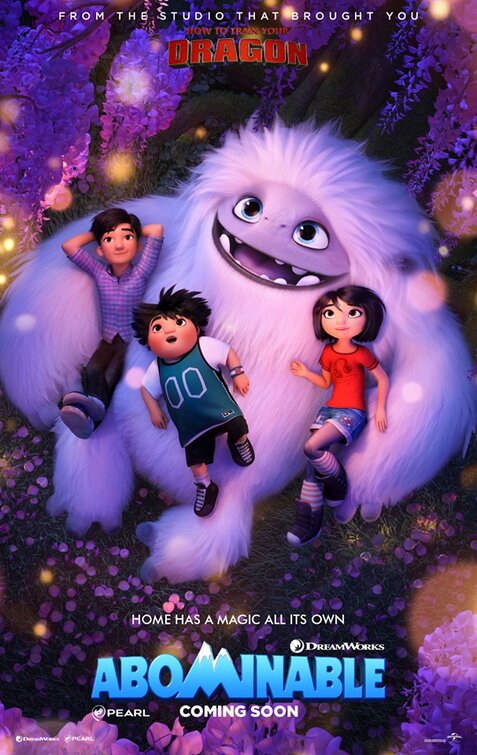 Opening in over 4,000 theaters across North America, Abominable debuted to the tune of $20.9 million and was the only new movie to break into the top five at the weekend box office.

As Focus Features’ 15th highest-grossing picture of all time, Downton Abbey looks to climb to fourth on that list by the time final tallies come in for its second weekend in theaters. It earned an additional $14.5 million for a gross domestic total take of $58.5 million. Click here to read our review and here to view our exclusive photos of Downton Abbey filming locations.

IT: Chapter Two held onto fourth place in its fourth weekend at the box office, earning an additional $10.4 million for a gross domestic total of $193.9 million. Click here to read our review and here to watch our interview with director Andy Muschietti and producer Barbara Muschietti.

Rounding out the top five with $10.1 million was Ad Astra, starring Brad Pitt as an astronaut searching for his missing father. It has earned a gross domestic total of $35.5 million in two weeks. ~Alexandra Heilbron