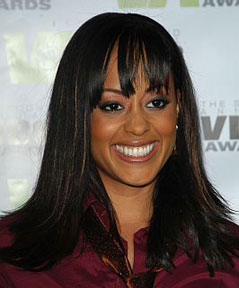 Essence Atkins, 37, who got her start on The Cosby Show but rose to fame playing the teenage sister on the Disney Channel series Smart Guy, is engaged. She met fiancé Jaime Mendez on Match.com in February 2008. Atkins told TMZ that she liked the dating website because she didn’t have to post a picture of herself. After discovering they were 97 percent compatible, she took the initiative and contacted Jamie  by sending him a Valentine’s Day message. Their wedding date is set for on September 26. Atkins most recently appeared in the big screen comedy Dance Flick.