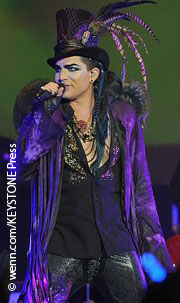 Former American Idol contestant Adam Lambert beat out others such as Robert Pattinson, James Franco and Leonardo DiCaprio in a public online vote conducted by British site Flecking Records to find out who is the “Sexiest Male Celebrity of the Year.” The top 10 are:

Some of these guys aren’t known in Canada, so we’re doing our own poll to find out who our readers think is the Sexiest Male Celebrity on this side of the pond. Do you think Adam Lambert is the sexiest? Vote in our online poll (at right) and we’ll post the results next week!