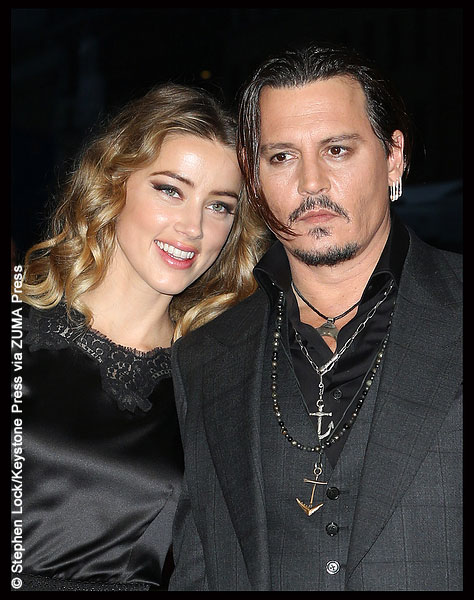 Just three days after the death of Johnny Depp‘s mother, Amber Heard has filed for divorce from the megastar. She claimed “irreconcilable differences” in the divorce papers and is asking for spousal support.

Unfortunately for Depp, there was no prenuptial agreement. According to Extra, the actor is worth $400 million. However, through his lawyer, Depp has asked the judge to reject Amber’s spousal support claim.

Prior to meeting Amber, the Alice Through the Looking Glass star was in a 14-year relationship with Vanessa Paradis, with whom he has two children. When Amber met Depp during the filming of The Rum Diary, she was openly gay and had a girlfriend, photographer Tasya Van Ree.

Since then, Amber’s career has taken off, with roles in Magic Mike XXL and The Danish Girl.

She’s currently filming a role as Mera in The Justice League Part One, which has a release date of November 17, 2017 and will reprise her role in the upcoming film Aquaman, to be released in 2018.