Amber Heard to testify against Johnny Depp at abuse hearing 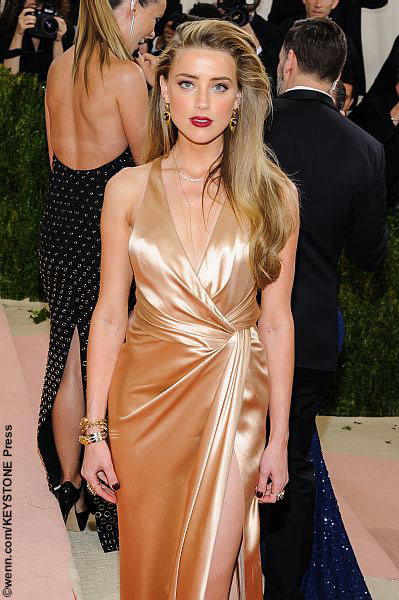 Amber Heard is ready to take the stand against her estranged husband Johnny Depp.

A judge will rule on Amber’s petition for a full domestic violence restraining order against Johnny this Friday (June 17), and the actress is reportedly going to testify in court.

A source told the New York Post‘s Page Six that “Amber and two of her friends are willing to testify under oath about exactly what happened with Depp. This will put an end to anyone who has doubted her story and his lawyers’ claims that this is about money.”

This comes just a day after reports surfaced that the actress filed a declaration removing her request for $50,000 per month spousal support because according to her documents, it’s being “used against [her] to distract and divert the public away from the very serious real issue of domestic violence.”

The declaration, obtained by TMZ, also claims that Johnny made $30 million last year, and that the courts could have ordered the Alice Through the Looking Glass star to pay Amber upwards of $1 million a month in temporary spousal support. However, the celeb can change her mind, as she still reserves the right to go after the money after the divorce.

Amber filed for divorce on May 20, and days later filed a temporary restraining order against her husband, citing “years of physical and psychological abuse.” The allegations have been laboriously denied by several members of the actor’s team, friends and family.

Johnny, who is currently in the Bahamas, is expected to miss the June 17 court hearing, despite Amber’s team requesting him to appear.

Do you think Amber’s decision to testify will help or hurt her case? Tell us in the comments!