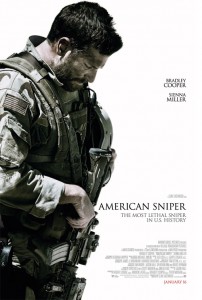 It may have lost Best Picture at the Oscars, but American Sniper wins for blowing away the competition at the box office.

Since its limited release on Christmas Day, the biographical war drama about Chris Kyle, the deadliest sniper in American military history, has accumulated $337.2 million domestically, knocking out previous top-grosser The Hunger Games: Mockingjay Part 1, which made $336.9 million domestically. American Sniper also reached another milestone (at the time of writing) by earning just over $500 million globally. Not a bad haul considering its $58 million budget.

While the film is credited as a 2014 release – getting a limited release in four theatres in December to qualify for the Oscars – the biopic made most of its ticket sales this year. The film’s 2014 sales only account for approximately .4 per cent of its total earnings to date. American Sniper made its wide theatrical release on January 16, 2015.