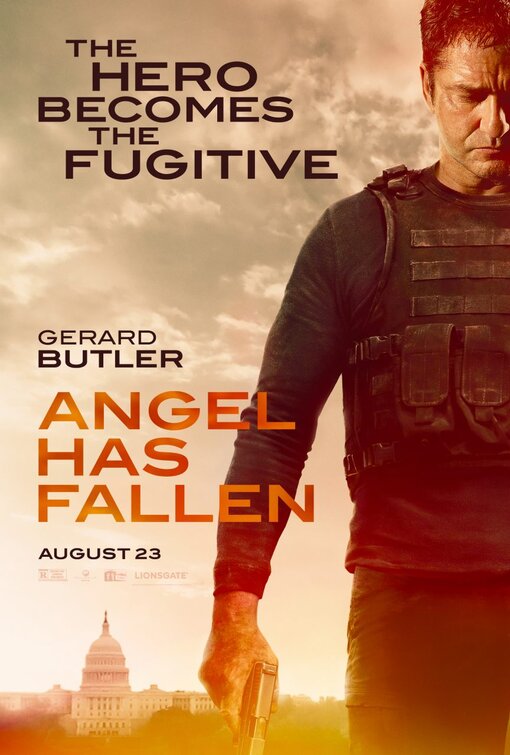 Angel Has Fallen, the latest installment in the Fallen franchise starring Gerard Butler, debuted in first place this weekend at the box office. The action-packed flick took in a total of $21.3 million in its first three days.

Good Boys was bumped down a spot, landing in second place. The coming-of-age comedy starring three preteen boys earned an additional $11.8 million, for a 10-day total of $42.1 million.

Overcomer, the Christian drama, debuted in third place this weekend with a $8.2 million gross.

The Lion King dropped down a spot, in its sixth weekend at the box office. The CGI-animated film, which garnered an additional $8.2 million this weekend, now sits at $1.5 billion worldwide, being the ninth largest global release of all time.

Rounding out the top five was Fast & Furious Presents: Hobbs & Shaw, earning an additional $8.1 million. The spin-off has earned an impressive domestic total of $147.7 million and $588.9 million worldwide. ~Emily Chavez