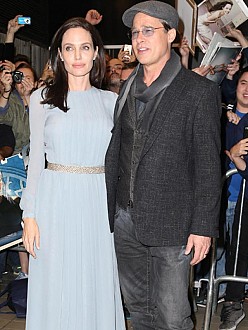 A man almost got arrested over the weekend when he was caught urinating in Brad Pitt and Angelina Jolie‘s garden.

The homeless man was detained by security last week after he was caught hiding in the bushes of the couple’s home in Hidden Hills, California, and was mistaken for an intruder.

A source told TMZ: “Cops were called to the couple’s Hollywood Hills home last week after their security guards noticed a man lurking in the bushes.”

However, law enforcement officers scoured the surveillance footage and discovered the gentleman, who has no outstanding warrants, was merely taking a pee on the shrubs and they decided to release him without charge.

The insider explained: “Turns out it was just nature’s call. The guy was homeless and in desperate need of a leak.”

Angelina and Brad were were not at home when the incident took place as they and their six children Maddox, 14, Pax, 12, Zahara, 11, Shiloh, nine and seven-year-old twins Knox and Vivienne have spent the past few months in Asia while the actress, 40, shoots her new movie First They Killed My Father: A Daughter of Cambodia in Cambodia.

Meanwhile, the couple, who got married in 2014, are looking to buy a house in the UK as they relocate across the pond while Brad, 52, works on the World War Z sequel.